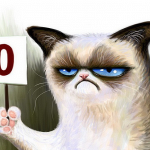 Since i played Fallout 1 in 1997, i love these Postapocalyptic Games. Project "V13" was my first Hope on a Mmorpg with these Theme, the second was Fallout Online. After they canceld both of them i found Fallen Earth an i loved it. I am more a PVE Player and FE has all of the Features to play it alone in a great open world with the influence of Fallout but it has enough own charm to stand alone as a great game.

Favourite Build (Mmorpgs, if it is possible)Edit

Yeah, i know, that sounds boring and standard. But i try a lot of Builds in a lot of other RP or MMORP - Games and so, yes i love these Build. Its Hit and Run... okay slow with increased Armor, but for me there is nothing better then a Full Power Armor and a Heavy Machine Gun to tell all these mutated creatures in the Wasteland that they have no chance. At FE it is not the best way for PVP. Its quite more difficult to aim with a rifle instead of spray'n'pray with the pistols. But sorry, everytime i made a step in a pvp area and look at these Super Mario Action, when all of the Pistol Heros jump and jump and jump... Its to crazy for me ;-)

So ... lay down in the Grass or Mudd or whatever, take your heavy sniper rifle and camp them down on distance^^

Wasteland 1 - none... sorry it looks too crappy

Rage - 1 Time (and that was the last time... sorry great potencial, but it is nothing more than Trackmania in the Wasteland with some nice Shotouts and a story that ends to quick because of the lack of quests)

Borderlands I & 2, yeah, i played it, but it was to crazy sometimes and to much stuff and yes sorry, the Cell Shading Grafic is not so that what i prefered.

Beside these, i started in 1988 with a Sinclaire ZX Spectrum a lovely 8bit Version of Star Wars - Episode VI (TAPE!!!) and some Jump'n'Run Games i doen't remember anymore. On C64 my favour game was Turrican. After that i loved my Mega Drive with all of these cartridge games, especually Dune, Flashback and Syndicate.

Next Turn on a 486DX80, PI, PII, PIII, Athlon XP, PIV, P-D, X2,C-D, C2D, X4, i5 and yes 20 Years after my first Sega, i bought an used on Ebay with the whole equipment and all the games i want as a child ... it was great ... i think for two weeks, than i realized that old things are great memories, but they could not replace them after a long time.

But now my son is playing 8 and 16bit cartridge games like Alex and Sonic better than me ... realy! I have no chance!

There are a quite lot more games over the years i played, like Sid Meier's titles, Sim City,  Gothic, Oblivion, C&C and so on...

But nothing was like the begining of Fallout Series, with Fallout 1 in 1997. I know that like it was yesterday. It was the first roundbased Game i played. Before i prefered the instant action in shooters or something like C&C, Dark Reign, Earth 2142 or Total Annihilation.

I start at a cold, rainy day in Dezember '97 when i get my copy of the Game. I started playing and end the first round up with the Game 48 houres later without sleep. I couldn't stop playing. Same thing with Fallout 2 and Tactics in a similar way.

At the Day of the Fallout 3 Launch, i went to the nerby GameStop, where they give me my ordered copy one Minute after the shop opens. But oh dear, i have to go to work, it was a saturdy. So i worked the whole day with the look on the Fallout DVD beside my Workstation. It was the longest Day in my life i think... okay after the birth of my son ;-)

But the best on the day was, that we have to do changes on our company server over night, so i took some Energy Drinks, Chips and my Gaming Laptop to work. After all employes are gone, i start to configure the server for a upgrade from w2k3 to w2k8 ... and that needs a lot of time with all these stuff on it. So first i take a Backup, that means 5 hours Fallout 3 Gaming. Than start the upgrade stuff, another 5 hours Fallout 3 gaming, dcpromo, go on server, go on ... Check all the sql databases, make some updates ... another 5 hours of gaming.

I love my wife for her comprehension with my spleen, but that is the life with an oldschool nerd, yuno what i mean

It is not the way you have to play these Games i think, but since i watched the first Fallout 1 (rage through) Speedrun Video it is nice to see these very, very short ways to come through a game where i sit hours and hours at the Computer ^^

For Fallout Tactics doesn't exist something like that. You know why if you played it ;-) If someone found a good one, please send me the link. The most Videos i found are only Mission spareparts but i think you could not rush through it like the other ones.

The Book of Eli - without these religious ending, it was a good movie. When the first cinema announcements came out, for a short moment i thought it will be the Fallout Movie^^

Look on Youtube for the Fan Project: Nuka Break, its nothing official, but hey great Fan Film!

Advertisement (its not my shop!)

Great Stuff - i orderd some of the Bottles, taste okay, it is just Cola, but with these special flaire of the Wasteland.

Retrieved from "https://fallenearth.fandom.com/wiki/User:Desmodontidae?oldid=83135"
Community content is available under CC-BY-SA unless otherwise noted.